Sometimes there comes a point in our lives when we feel it’s time to give back.
For photojournalists, that means mentoring our youth, or going into classrooms to share what we’ve honed throughout our careers.
Sharing with others is something that Detroit Free Press photo and video journalist Eric Seals has been doing for the past 15 years.
He wrote on his website that he believes in the ‘reach one, teach one’ philosophy. He does that through doing job shadowing, mentoring others, and teaching at workshops and seminars around the country to those interested in this “amazing profession.”
Hired by the Free Press in 1999, the Southfield, Michigan native has spent most of his career at the Motor City, home of rapper Eminem, Chrysler and Lake Erie. It is also a city recovering from bankruptcy, and suffering from high crime and neighborhood blight. But the good and bad of the city gives Seals plenty of stories to cover.
Seals earned a degree in journalism in 1993 from the University of Missouri School of Journalism. He is a two-time MPPA Multimedia Photographer of the Year winner, a national Webby Award recipient, and has earned several POYi wins, NPPA-BOP awards and 10 Michigan Emmys.
As part of his teaching philosophy, Seals has been busy both shooting and mentoring. He recently returned from teaching at the University of Maryland School of Journalism. He also showed his Great Lakes shipwreck documentary that was selected for viewing at the Utopia Film Festival in Washington D.C.
Over the past several months he has been busy teaching about video storytelling at the NPPA Multimedia Immersion workshop at Syracuse University, and at the Poynter Institute, a journalism think tank in St. Petersburg, Florida.
I am proud to welcome Eric into my Wayne State University Digital Photojournalism classroom on Oct. 29. And then on Nov. 19 he will use Periscope to give a virtual tour of the Detroit Free Press, bringing his beloved newspaper to us, in our classroom.
To celebrate this wonderful collaboration between WSU and the Free Press, Seals has been chosen as my seventh Q & A subject for this blog. 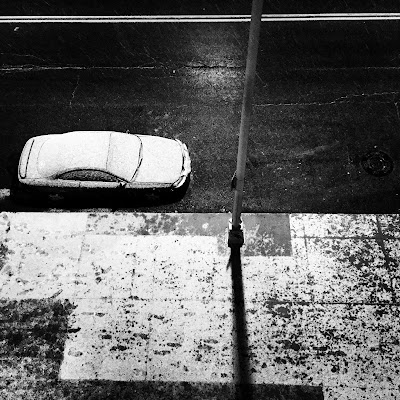 Q: When did you first become interested in visual storytelling?
A: I became interested in visual storytelling I guess when I was a kid who grew up reading the Detroit Free Press and looking at the pictures in the newspaper. After a while, I got to the point where instead of looking at the pictures I wanted to see the moments with my own eyes. I wanted to witness it for myself. Photojournalism was the only way to do that, and be creative while being that witness. I took a photography class in high school, which started me on my fun, challenging and amazing journey into the world of visual storytelling. 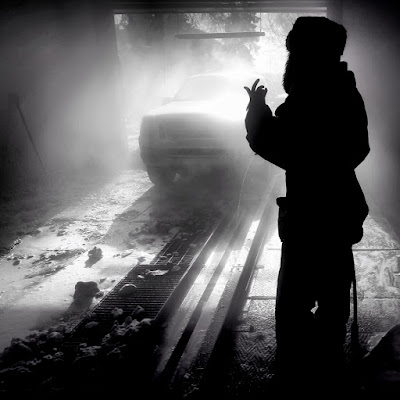 Q: You began shooting video in 2008, at the beginning of the ‘video explosion’ in photojournalism. What inspired you to jump on the video bandwagon?
A: I don’t know if there was anything that inspired me to get into video storytelling. It was more like the Free Press gave me a traditional video camera in 2008 and said, “We want you to start doing video for freep.com.” I just took to it, and spent lots of time doing self-teaching from watching lots documentaries and learning on YouTube and Google.
I loved going to movies as a kid, and still do now. Perhaps I see what I do as an extension of “making movies,” but I do it with a journalism twist; telling truth with a camera unlike movie directors who do take after take.
We have several talented photojournalists on staff who shoot video stories, so it’s nice to be able see their work and bounce ideas off each other.
Q: What’s your opinion on shooting stills and video at the same time? How do you determine which one works best for the situation?
A: It depends on the assignment or story to be honest. Sometimes doing both just needs to be done. I recently had an assignment at the Detroit Zoo, where I had to shoot thousands of crickets that are fed to the various animals. I knew a short video clip of the crickets was needed, especially with that cricket chirping sound, along with a short interview with the cricket caretaker. I also knew I needed stills for the paper and the web. It’s all about prioritizing what’s needed when, and for how long, in terms of shooting stills and video.
Other times, especially when I’m working on long form video storytelling, the video takes priority over stills, and when needed I can always pull frame grabs off the video, seeing how the quality of video is so much better these days. And sometimes I’ll have one camera with one lens to shoot stills instead of switching back and forth on the same camera.
Another good think to do in long form storytelling is allow yourself an hour or two off and on to just focus on stills and not video. This works well when you’ve got good command of the story, it’s structure and a good body of work in terms of b-roll, etc.
Q: There are numerous storytelling tools available to us today. What tools do you use to tell your stories? Can they actually get in the way of storytelling?
A: I use a variety of tools from Canon HDSLR’s to Canon C100’s, GoPro’s and sliders for video storytelling.
I’m a big camera gear geek, and yes, various tools can get in the way of storytelling if you let it. What needs to be done is keep your eyes focused on the main thing - the story, the story, the story! Besides the story you also need good characters, good audio and a really good edit to keep viewers hooked into what you are trying to tell them.
You can have the best gear known to mankind but if your story isn’t good, doesn’t make sense or have a good focus then viewers won’t stick with it and move onto something else.
Q: What advice can you give aspiring photojournalists today?
A: I’d say find and study other photojournalists whose work makes you think and feel something, work that has moments and emotion to it. It’s that kind of work that viewers want to see or watch.
Go get a coffee, head to a library or a bookstore, find the photography section and plant yourself. Pour through the books, study how composition, graphics, light, layering is used by some of the amazing talent out there. Even right here in Detroit at the Free Press we have talented photojournalists who are very nice, willing to share what they’ve learned.
Show and share you work with others who are better than you, those that set the bar high for you to reach. Ask for a critique of your work. Keep an open mind about what they say. Take their constructive criticism well; learn and improve yourself based on what they say, then go out there and put it into practice.
Fail and fail again, and learn from it - that’s how you get better.
Embrace video. It’s so important if you want a job at newspapers these days. Watch lots of documentaries; find video journalists working at newspapers whose work you also like and watch their work; and reach out to them for help and advice. You have to be really proactive if you truly love what you do and want to get better at this amazing profession.
I’m constantly sharing my video stories to those out there who set the bar high for me. I get torn down when they look at my videos, but with those little pieces I learn, grow and can put those pieces back together.
I often say, “Don’t tell me my strengths, show me my weaknesses.” THAT is how you get better!

On journalists taking their own photos: It is now a matter of when ... not if

We are nearly half way through the fall 2015 semester, so it's time for a quick update on how the Wayne State University digital photojournalism course is going.
The first half of the semester was spent setting up their social media accounts (blogging, Twitter and Instagram), and learning their law, ethics and First Amendment rights as photojournalists. They are also in the middle of learning how to use their DSLR cameras . . . on manual mode, of course. This includes going over camera controls and composition - basic photography training with a 'keep it real' philosophy.
Next up are lessons on caption writing, the AP Stylebook and cell phone photography.
They learn all of the above before they even shoot their first assignment, which will be feature hunting.
There are 17 students in the course, and all but one (economics) are in the journalism program. I told them on the first day of class that if they stay in journalism, it won't be a matter of IF they shoot their own photos, but WHEN.
Journalism has changed over the past few years. There are far less photojournalists now because of layoffs, streamlining, job cuts, and print newspaper closures and online editions. Remember the cuts at Chicago Sun Times, the Times-Picayune and CNN, just to name a few? Remember what happened with the Ann Arbor News and the Rocky Mountain News? Their demise left many great photojournalists unemployed, including Pulitzer Prize winner Preston Gannaway.
The demise of hundreds of these staff photojournalism jobs is what drives me to prepare these young journalists for the future. I tell them to take the course seriously; to use their cameras regularly; to shoot their own photo stories now, so they can show their future employer that they can multitask.
The second half of the course is going to be challenging, to say the least. They will work with the WSU South End student newspaper and WDET to produce real work, not just homework. Assignments include shooting feature, portrait and sports assignments. The final project will be a photo story, which will include natural sound, and produced using Adobe Premiere Pro CS6.
The power of social media will allow these students to share what they learn and do. To follow their progress, click on the Wayne State Student Blog list at the top of this blog and follow any or all of the 17 students who will one day be out there in the real world with pens, notebook and cameras in hand.
Posted by Lori King at 8:00 AM No comments: